In late 2020, a SUNI-SEA project kick-off workshop was organised among local stakeholders in Ninh Binh province in the north of Vietnam, to introduce the project interventions and action plan.

Following the workshop, with support from the Department of Health in Ninh Binh, a team from the Health Strategy and Policy Institute (HSPI) and Thai Nguyen University of Medicine and Pharmacy (TUMP), who are SUNI-SEA project consortium members in Vietnam, conducted a baseline survey in four districts, namely Yen Mo district, Gia Vien district, Tam Diep city and Ninh Binh city. The survey was carried out in two phases during the first quarter of 2021.

As part of the baseline survey, the research team looked into the current status of how hypertension and diabetes services are being managed and provided at local primary health care facilities. This research activity allowed multiple stakeholders to comment on the proposed interventions in specific sites. The researchers also conducted interviews with the patients and community members, and sought their views related to access to health care facilities and treatments.

In the context of Vietnam, stakeholders within a province range from provincial to commune level. Local authorities and health managers in this baseline survey include: People’s Healthcare Committees at district and commune levels; Ninh Binh Department of Health and health centres in the four research districts. The team also gathered information from health providers, such as health workers of commune health stations and village health workers, and patients with hypertension and/or diabetes. The survey respondents also included civil society organisations; the Association of the Elderly in Ninh Binh, and the Intergenerational Self-Help Clubs (ISHCs).

During Phase I of the baseline survey, researchers used several methods to collect information, as follows: 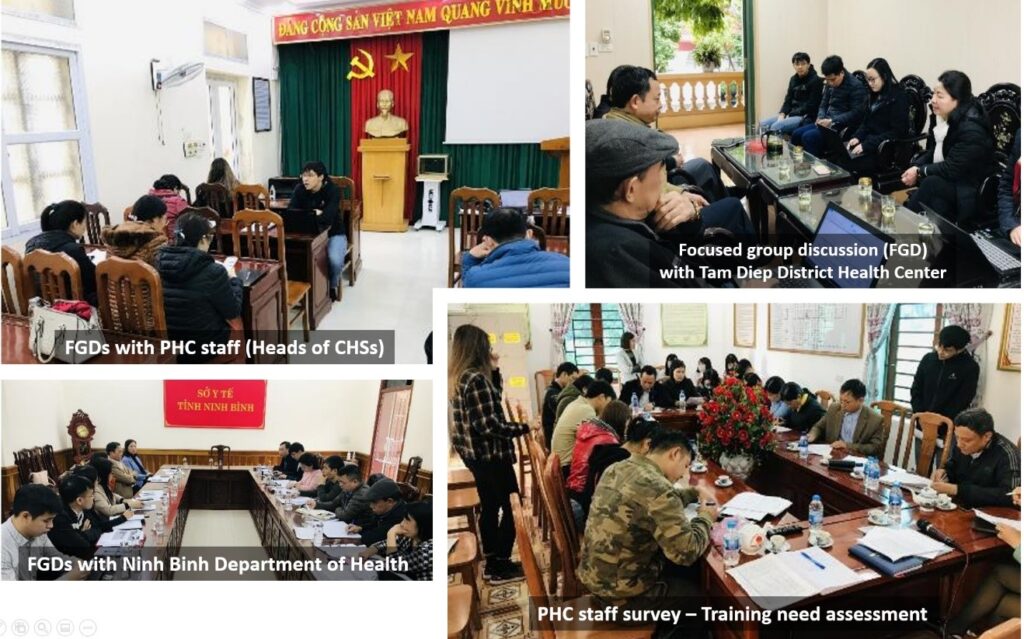 Currently the survey has been completed in Ninh Binh province and the research team is now working on analysing both qualitative and quantitative data. The next step is to initiate the follow-up discussion with local health authorities and related stakeholders to implement the interventions, such as preparing capacity-building training for health workers and communities. In Ninh Binh, the team plans to start the hypertension and diabetes screening events among ISHC members, as the training for all the ISHCs in the province has been completed. (Read ‘Community is the key to behavioural change’). 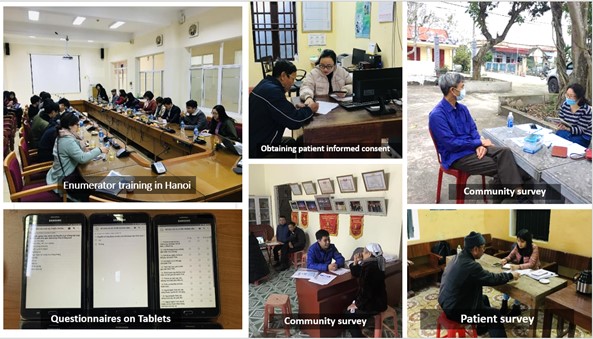 Overall, the baseline survey is expected to provide essential information and inputs for the project team to finalise the locally specific intervention strategies, and to provide baseline data, that will later be compared with end line survey results, to measure the feasibility and effectiveness of the SUNI-SEA project in Vietnam.

Community-based Interventions: The key to reducing non-communicable diseases in South East AsiapreviousCommunity is the key to behavioural changenext
This website uses cookies to improve your experience. We'll assume you're ok with this, but you can opt-out if you wish.AcceptReject Read More
Privacy & Cookies Policy