The research teams in the SUNI-SEA project reviewed existing literature from South-East Asia concerning prevention and control and extracted most important lessons learned that we will apply in SUNI-SEA.

Tobacco consumption rates are exorbitantly high in Southeast Asian countries. In Indonesia, for example, 76% of the male population smokes and 13% of adolescents. In Myanmar and Vietnam, smoking rates are somewhat lower, yet tobacco consumption still accounts for an enormous number of deaths each year – between 65,000 and 75,000 in both countries. Motivating people in South-East Asia to quit smoking can potentially save thousands of lives and reduce national health expenditures needed for treating lung cancer and cardiovascular diseases. We identified eight health interventions and programmes for individuals and communities, that focus on the reduction of tobacco consumption. Individual interventions provide individual counselling or individual incentives, whereas community or group interventions in clinics, schools and households make use of group sessions or group incentives. All interventions that we studied, were successful but two interventions had higher abstinence rates:  one that provided counselling at clinics (both individual and in groups) and another that gave financial incentives. Both interventions required high financial or human resources inputs but were not validated in terms of cost-effectiveness. 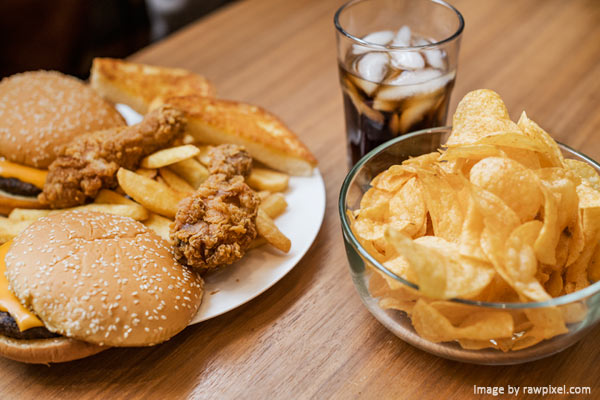 Overweight in Vietnam is found in around 18% of the population, in Myanmar in around 24% of the population and in Indonesia in about 28% of the population. The majority of twenty studies we identified in were related to interventions aiming to change peoples’ behaviour of consuming unhealthy food and being physically inactive. Ultimately, they aimed to decrease metabolic risk factors such as blood pressure, blood sugar and BMI. Overall, community interventions, such as community group counselling and community walking groups, were more effective than individual interventions, such as individual counselling or self-monitoring. School-based obesity prevention programmes were also quite successful, but focused exclusively on pupils.

The results, both from the community and school-based interventions, suggest that synergies emerge within groups or communities that are absent in individual-based programmes. In the groups, people were stimulating each other to eat healthy and exercise. They were are more able to overcome individual procrastination. The programmes that we studied achieved mainly improvements in blood pressure. Blood sugar levels, weight and BMI did not change much. People were more inclined to change their diet than becoming physically active.

Screening for NCDs evolves only slowly in Indonesia, Myanmar and Vietnam and still faces large limitations, leading to belated diagnoses of diseases. Most screening programmes in the three countries are now developed in the areas of cervical cancer or breast cancer. There are only few smaller experimental programmes in screening for hypertension or diabetes. In Indonesia Posbindu is developing as a national programme. However, the latest Basic Health Research Survey in Indonesia showed that only a quarter of individuals that were tested positive for diabetes within the survey, had ever been screened before in for example Posbindu. Many were diagnosed too late when they were already ill.

Even when cervical cancer screening is available, attendance is quite low. Providing information to individuals at risk and reminding them with a phone call can increase screening rates. The studies on breast cancer screening showed no significant impact neither from education sessions nor information provision.

For people diagnosed with an NCD, it is very important to adhere to treatment and follow up on the guidance concerning a healthy lifestyle, because these diseases are lifelong. Health education programmes for people with diabetes can help patients to reduce their blood pressure and to some extent blood sugar levels. However, the information does not result in significant reductions of weight or BMI. Intensive information provision through individual counselling, face-to-face education and phone calls, appears to have a larger positive impact than simply providing information material such as brochures. Providing information also to family members of the patients and teach them how to support the patient can increase the patients’ well-being.

NCDs require regular checking, whether patients take medicines and follow lifestyle advice. Also, checking glucose, or blood pressure has to be done from time to time. Additional medical and psychological advice help to improve metabolic indicators and reduce illness severity of diabetic and CVD patients. In some cases, community pharmacists can be engaged successfully. Other follow up has shown less success, e.g. regular telephone calls.

How will we apply lessons learnt in SUNI-SEA?

Collaboration between community health volunteers and primary healthcare workers will streamline the follow-up of people who need medical care.