Indonesia is the largest archipelago and the fourth populous country in the world with 273 million population. The country is facing health threats not only from infectious diseases but also non-communicable diseases (NCDs) such as diabetes.  The number of people living with type 2 diabetes in this country was almost 11 million at the end of 2019 and almost half of adults with diabetes are still undetected.

Early screening followed by treatment for people with diabetes is a crucial public health approach to prevent or even delay diabetes complications, such as cardiovascular disease (stroke), kidney disease, and nerve damage.

Diabetes can be detected based on ‘plasma glucose criteria’ or ‘glycated haemoglobin criteria’.  The said methods are invasive and not suitable for screening the whole population as they are costly and time-consuming.

Several diabetes risk scores have been developed worldwide and can be used to assess the probability of the present or future development of diabetes. However, a diabetes risk score cannot be directly adopted and applied to general public.  It should be applied to target population.  As part of SUNI-SEA project, the team[1] translating the Finnish Diabetes Risk Score (FINDRISC) instrument into Bahasa Indonesian and evaluate its performance for detecting diabetes among the Indonesian adult population. 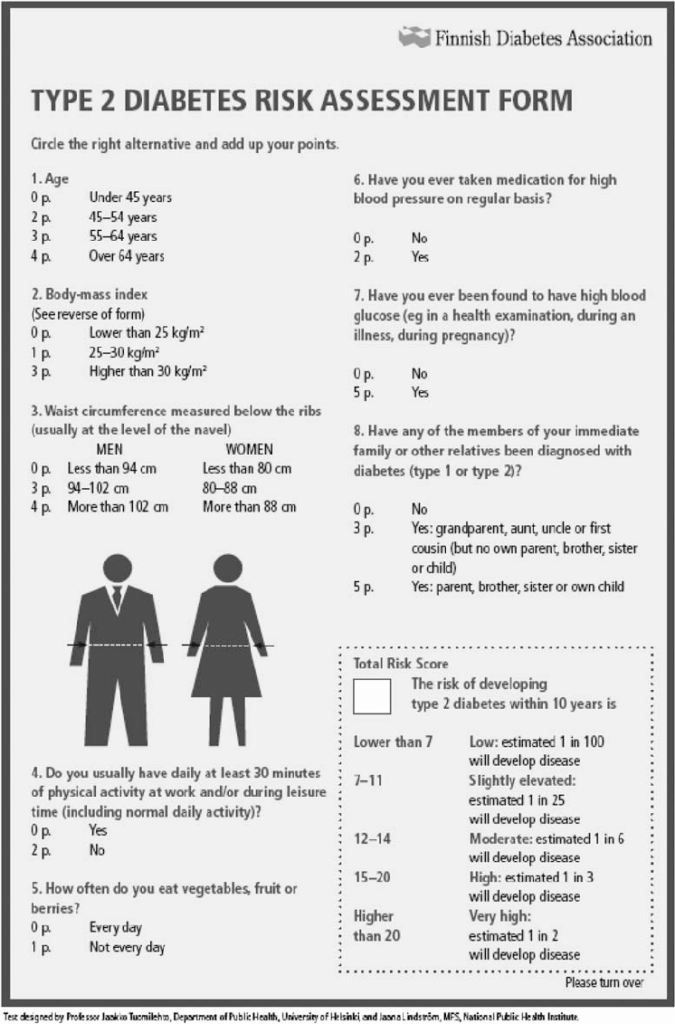